http://www.nafwa.org/general-nutrition-topics/85-alternate-nutrition/23760–
dont-eat-these-beans-if-youre-thinking-of-having-children.html
(http://www.nafwa.org/general-nutrition-topics/85-alternate-nutrition/23760–
dont-eat-the se-beans-if-youre-thinking-of-having-children.html)
Hormonal Imbalance and Disease Risk Dr. Ewen speculated on the
significant hormonal changes in the rats and their implications for
women who eat GM soy. He said that the proliferative growth
(hyperplasia) of the (endometrial) cells lining the uterus implies
changes in important reproductive hormones.   There might
include excessive production of estrogen, follicle stimulating
hormone, and luteinizing hormone, or even damage to the pituitary
gland itself.   The presence of the corpus luteum, which is
normally formed during the estrous cycle, means that the rats likely
have higher amounts of progesterone.  This hormone could
increase the number of eggs released from the ovary, as well  as
increase their tendency to implant and be viable. If eating GM soy
increased  progesterone in women, this might improve their
fertility.   On the other hand, if women also experienced
similar changes in the uterus lining and altered hormonal levels, Dr.
Ewen said it might increase the risk of  retrograde
menstruation, in which menstrual discharge travels backwards into
the  body rather than through the uterus.   This can cause
a disease known as endometriosis, which may lead to infertility. The
disorder can also produce pelvic and leg pain, gastrointestinal
problems, chronic fatigue, and a wide variety of other symptoms. The
cause is  unknown.   Dr. Ewen also pointed out that the
changes in the rats, if extrapolated to humans, might lead to
abnormally heavy or longer menstrual periods (menorrhagia).   He
was quick to point out that more studies are needed before any firm
conclusions can be drawn, particularly because such a method of
study, called histology, ”is a static observation-only a
snapshot.” In addition, follow-up  studies may be able to
better rule out other variables.

In this study, an amino acid (cysteine) was
added only to the organic soy diet but not the GMO (although even a
cysteine-deficient diet would not explain  the reproductive
issues). Also, the soybeans used in both diets were purchased
commercially. It is much better to use similar genetic varieties
grown side by  side in the same climatic conditions.

Unfortunately, Monsanto doesn’t usually
make the similar varieties (isolines) available for research.
The variable that Dr. Ewen wants looked at the most is the weed
killer used on GM soybeans, as he mentioned over and over that it is
a probable cause of the  disruption.   Is Roundup Herbicide
Causing us Reproductive Problems?

Genetically modified soybeans are called Roundup
Ready. They are inserted with a bacterial gene, which allows the
plants to survive a normally deadly dose  of Roundup herbicide.
Although the spray doesn’t kill the plant, its active
ingredient called glyphosate does accumulate in the beans themselves,
which are  consumed by rats, livestock, and humans.

There is so much glyphosate in GM soybeans,
when they were introduced Europe had to increase their allowable
residue levels by 200 fold.   Although there is only a handful
of studies on the safety of GM soybeans, there is considerable
evidence that glyphosate-especially in conjunction with  the
other ingredients in Roundup-wreaks havoc with the endocrine and
reproductive systems.

”I think the concentration of
glyphosate in the soybeans is the likely cause of the problem,”

says Ewen.   Glyphosate throws off the delicate hormonal balance
that governs the whole reproductive cycle. ”It’s an endocrine
buster,” says Ewen, ”that interferes with
aromatase, which produces estrogen.” Aromatase is required by
luteal cells to  produce hormones for the normal menstrual
cycle, but it’s those luteal cells  that have shown considerable
alterations in the rats fed GM soybeans.   Glyphosate is also
toxic to the placenta, the organ that connects the mother to the
fetus, providing nutrients and oxygen, and emptying waste products.

In a 2009 French study[1] at the University
of Caen, scientists discovered that glyphosate can kill the cells in
the outer layer of the human placenta (the  trophoblast
membrane), which in turn can kill the placenta. The placenta cells
are, in Ewen’s words, ”exquisitely sensitive to glyphosate.”
Only 1/500th the  amount needed to kill weeds was
able to kill the cells. The amount is so small,  according to
the study authors, the ”residual levels to be expected,
especially  in food and feed derived from R[oundup]
formulation-treated crops” could be  enough to ”cause
cell damage and even [cell] death.”

Furthermore, the effect of the toxin may
bioaccumulate, growing worse with repeated consumption from Roundup
laden foods.   Ewen says, ”If the endocrine functions of
the placenta are destroyed by glyphosate in the test tube, by
extrapolation, ovarian and endometrial function  would be
expected to suffer.” The implications for pregnant woman
consuming  glyphosate, he says, could be a miscarriage.
Indeed, in a Canadian epidemiological study, which looked at nearly
4000 pregnancies in 1,898 couples, women exposed to glyphosate during
the three months before getting pregnant had a significantly higher
risk of miscarriages,  especially for those above 34 years of
age.[2]   Dr. Ewen regrets that he didn’t follow up a referral
by a local gynecologist about 20 years ago, who told him that women
were having  miscarriages when the fields next door were
sprayed. He doesn’t know what was  sprayed. 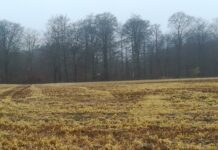 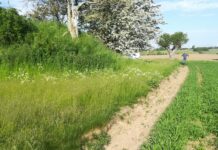 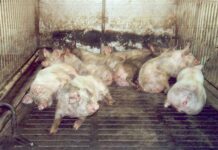 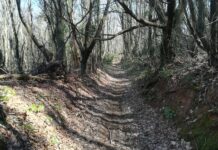 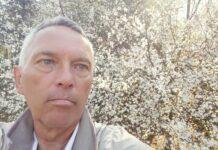 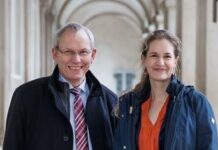